Eric published 'China and luck' (by AKAAKA ART PUBLISHING) that took a picture of people in China before the Beijing Olympics was held, and this solo exhibition seems like the sequel of it. All the works were taken after the publication of 'China and luck', and the theme, this time is "Woman”. The prints are hung from the ceiling in the hall, and it makes us feel as if passing by those "Chinese women" when wandering around the downtown. This photographer doesn't hesitate to take people from close-in like clearness, as seen in the movie (which projects a picture of Eric who is taking a picture) projected in the hall. Because the people who took the photograph are not noticed to be taken at the moment, an honest expression is turned here. 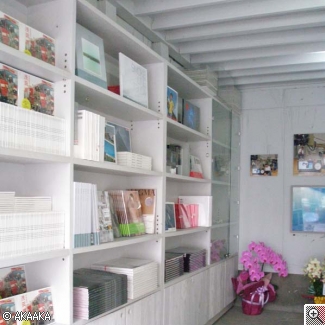