The “hand vase” series, which Makoto Azuma presented at AMPG, have been newly created as works of Hasami-ware vases which are used for single flowers. This is the first time for us to enjoy his vase works. In the previous series, we found various kinds of poses of hands which wear white gloves. This time, using pure-white porcelain, he created vases in the form of hands posing in only one style. Nevertheless, he has been keeping his style of creating works in that he always focuses on using flowers in his creations. I wish to put a flower in the “hand vase” which would be completed only after being added a flower. (Translated by Nozomi Nakayama) 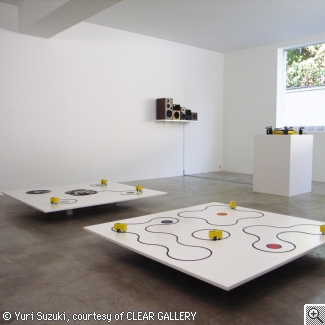 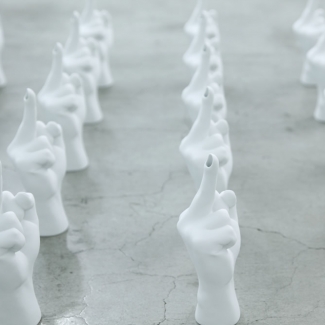 30/OCT/2009-03/NOV/2009
CLEAR GALLERY
There is one anecdote. Hideyoshi Toyotomi heard that morning glories were blooming beautifully in Sen no Rikyu’s garden and he wished to visit there. However
as soon as reaching Rikyu’s garden...