This is the second time that the art fair, “ULTRA”, is held since 2008. In this exhibition series, each booth is produced by not a gallery but a director individually. This time, fifty-one directors aged forty or younger gather to the venue. The art fair of this year is more worthy to be seen than that of last year in that this time it is held using the third floor as well as the first floor of the venue, Spiral (last year, only the first floor was used to make booths). In addition, I would like to note that the booth of this year is produced completely by individual. For this reason, I remember that, in the booth of last year, I found some descriptions including the name of galleries were shown under the name of directors, but, this year, there is no such an instruction. Although most of the exhibits were created by represented artists of galleries to which participating directors belong, the fair plays a part in giving the works back to individuals. As the fair manager, Tsutomu Ikeuchi (Radi-um von Roentgenwerke), mentioned at the opening of the reception party, art fairs should be held with the aim of giving opportunities for visitors to buy exhibits. In fact, this can be also applied to galleries, but art fairs should focus on this matter more intensively than galleries. Indeed, in this art fair, it is also important for us to see who are exhibited and how their exhibits are displayed, but I wish you to look around the venue showing your spirit in getting a certain creation. Such a way of enjoying the fair would evoke for you a kind of desire which is different to the pleasure of viewing exhibits. (Translated by Nozomi Nakayama) 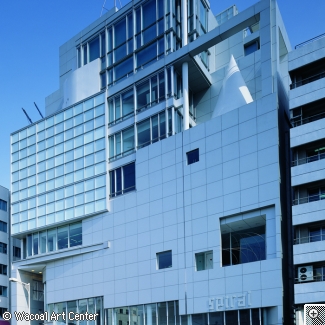